Something was terribly wrong.

The tingling sensations went from my scalp to my toes.  The pain was unbearable. My hands and feet felt like ice, my brain was in a dead zone that refused to focus, and I had no clue what was happening…

Fibromyalgia is a chronic condition marked by widespread muscle and nerve pain, fatigue, and tenderness in specific trigger points throughout the body and not to mention that… a seriously mental and emotionally debilitating condition.

It breaks you down mentally like a prison guard (assumption here) would do to his inmates.  It is something that I can not even begun to describe to most “normal” people.

After 15 years of symptoms, I finally received a definitive diagnosis of Fibromyalgia in March of 2015.

Living with this disorder for so long has brought a sense of order and balance to my life. If I have one goal in life it is to show others suffering with this condition that there is a way out.

I was involved in track during 7th grade. That particular day I was running my favorite event; the 55-meter hurdles. The bleachers were to my right, the high jump off to my left. The school had just put in a new track, and the smell of asphalt was strong and pungent.

After an intense warm-up drill, I got into my usual starting crouch, heard the “crack” of the air gun and took off! The feel of running full on with the wind in my hair and the sun on my face was always exhilarating, but today it was short-lived.  As I cleared the first hurdle, the top of my right foot caught the top of the bar….and that is the last thing I remember.

When I woke up, I was in the hospital.

The doctor explained that I had mono and a month-long stay in bed followed my release.  With my family at work or school and without my friends and activities, the recovery was long and lonely, but after 30 days I was declared fit as a fiddle. And yet, I wasn’t.

The fatigue remained and a four year stretch of symptoms, doctors, tests, drugs, and frustration followed. Each doctor had a different diagnosis – anxiety, depression, bipolar disorder, PTSD (post-traumatic stress disorder), GAD (generalized anxiety disorder), CFS (chronic fatigue syndrome), insomnia, mood disorder – and different drugs to go with it.  Imagine all those prescriptions, all the side effects, and all the verbal/emotional abuse from doctors who labeled me a hypochondriac and worse.

As the symptoms persisted, psychologists and psychiatrists were called into the platoon of medical personnel trying to find a name and a drug to relieve the symptoms they were starting to doubt I had. At this point, I felt like a walking pharmacy, and my most significant skill in life was able to pronounce and identify nearly 50 different drugs.

I was seriously out of nature’s balance.

Although neither has a cure, the relief I experienced from knowing I wasn’t crazy, knowing that my symptoms were real and there were options to treat my symptoms was heartening!

I immediately stopped taking the dispensary of drugs I had collected over the years, and my life came into focus in a way I had not felt since I was a middle-schooler! With new health-care professionals guiding my well-being there has been a tremendous improvement.

I am still not able to work outside my home or do a variety of tasks that most people take for granted, but I feel tremendously blessed to have come this far.

I have been able to research and apply several different methods of holistic healing techniques including:

And so much more!

I can now connect with others who are struggling with the same symptoms.  In fact, the improvements I have attained through holistic energy healing techniques has had such an impact on my life that I ended up going back to school online for Complementary and Holistic Health!

In conclusion, living with Fibromyalgia Disorder and Raynaud's Phenomenon is not easy.  However, having a clear-cut plan for dealing with the symptoms and being able to reach out through books, newsletters, blogs, and forums, has made the burden lighter and gave me support on my journey. Most importantly it has taught me how to lean on my own spine as well as trust in my higher self and intuitive nature. 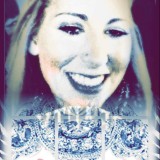 Join My Clan For Weekly Updates!

This site uses Akismet to reduce spam. Learn how your comment data is processed.